I only know that in every city the Holy Spirit warns me that prison and hardships are facing me. 24 However, I consider my life worth nothing to me; my only aim is to finish the race and complete the task the Lord Jesus has given me—the task of testifying to the good news of God’s grace. Acts 23-24

I do all this for the sake of the gospel, that I may share in its blessings.
I Corinthians 9:23-25

The Need for Self-Discipline

I have fought the good fight, I have finished the race, I have kept the faith.
2 Timothy 4:7

Portions of the Iditarod Trail were used by the Native Alaskan Eskimo Inupiaq and Athabaskan peoples hundreds of years before the arrival of Russian fur traders in the 1800s, but the trail reached its peak between the late 1880s and the mid-1920s as miners arrived to dig coal and later gold, especially after the Alaska gold rushes at Nome in 1898,[10] and at the “Inland Empire” along the Kuskokwim Mountains between Yukon and Kuskokwim rivers, in 1908.

The primary communication and transportation link to the rest of the world during the summer was the steamship; but between October and June the northern ports like Nome became icebound, and dog sleds delivered mail, firewood, mining equipment, gold ore, food, furs, and other needed supplies between the trading posts and settlements across the Interior and along the western coast. Roadhouses where travelers could spend the night sprang up every 14 to 30 miles (23 to 48 km) until the end of the 1920s, when the mail carriers were replaced by bush pilots flying small aircraft and the roadhouses vanished. Dog sledding persisted in the rural parts of Alaska, but was almost driven into extinction by the spread of snowmobiles in the 1960s. 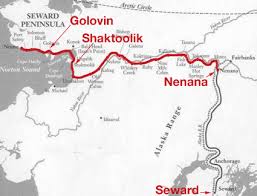 The most famous event in the history of Alaskan mushing is the 1925 serum run to Nome, also known as the “Great Race of Mercy.” A large diphtheria epidemic threatened Nome, and Nome’s supply of antitoxin had expired and doctor Curtis Welch refused to use it, and then proceeded to send out telegrams looking for a fresh supply of antitoxin. The nearest antitoxin was found to be in Anchorage, nearly one thousand miles away. The only way to get the antitoxin to Nome was by sled dog, due to unusable planes and ships. Governor Scott Bone approved a safe route and the 20-pound (9.1 kg) cylinder of serum was sent by train 298 miles (480 km) from the southern port of Seward to Nenana, where it was passed just before midnight on January 27 to the first of twenty mushers and more than 100 dogs who relayed the package 674 miles (1,085 km) from Nenana to Nome. The dogs ran in relays, with no dog running over 100 miles (160 km).

The Norwegian Gunnar Kaasen and his lead dog Balto arrived on Front Street in Nome on February 2 at 5:30 a.m., just five and a half days later. The two became media celebrities, and a statue of Balto was erected in Central Park in New York City in 1925, where it has become one of the most popular tourist attractions.

However, most mushers consider Leonhard Seppala and his lead dog Togo to be the true heroes of the run. Together they covered the most hazardous stretch of the route, and carried the serum 91 miles, the single farthest of any team.[12]

Please pray for the people of Alaska and that God’s light will overcome the darkness as many face tremendous challenges of hardship, crisis and trauma. 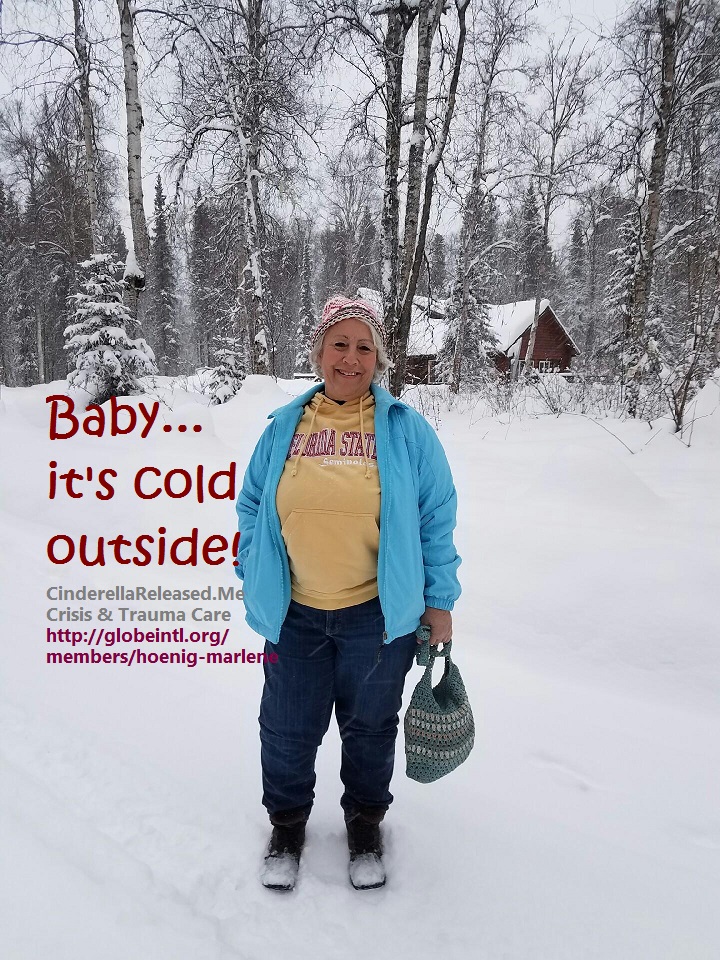