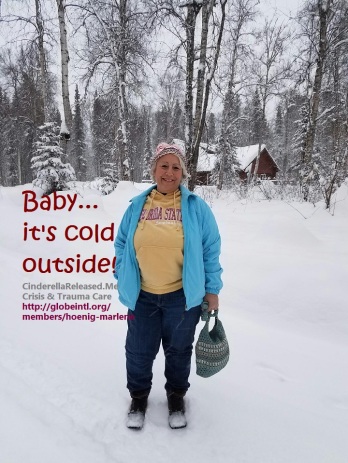 This month love is celebrated!  While some may receive flowers, cards and gifts and others are alone and heartbroken.

God has been so faithful to allow me to be here in the midst of a lost and hurting generation. Although there have been days when I longed for family and friends and sometimes it is depressing to see so many broken lives I feel so humbled and inadequate at times.

One of the main obstacles to ministering to the Alaskan people and in particularly the natives in the villages is the use of alcohol. I have dealt with more than one young native that battle with alcoholism.  It has devastated their lives.  In already extremely difficult situations, they battle the uphill climb to go to school, get a job and then travel from place to place without a driver’s license.  Most have had multiple offenses on their records as minors and may never be able to drive or own a car.  In most villages alcohol has not been allowed for natives and the pros and cons have been debated for decades.

I have been able to set up a table at Alaska Health Fair, which is a statewide event that will be running in different cities throughout Alaska the next few months.  I am conducting stress tests, and opening up opportunities for crisis and trauma care, as well as praying with those who are open. This month was exciting because I already have two people interested in coming to a Discovery Group to learn more about how God wants to work in our lives.
“In addition, Dr. David Patterson (Cherokee) has found that cultural disconnection plays a large part in alcoholism for Native Americans, as it did in his case. The shame and abuse from historical trauma suffered by Native peoples, and the forced disconnection from culture and heritage, is a perfect setup that can lead to alcohol abuse to ease the pain.”

Unlike other cultures that have ingested alcohol for thousands of years, the relationship between indigenous Americans and alcohol is relatively new. Native Americans have had fewer centuries to develop the tolerance to alcohol that is present in other ethnic groups. Mix in poverty and living with ongoing oppression, and alcohol contributes to a state of emergency on many reservations. Andrew Bentley Alcohol:  It’s Different for Native Americans.

We don’t yet see things clearly. We’re squinting in a fog, peering through a mist. But it won’t be long before the weather clears and the sun shines bright! We’ll see it all then, see it all as clearly as God sees us, knowing him directly just as he knows us!
I Corinthians 13:12