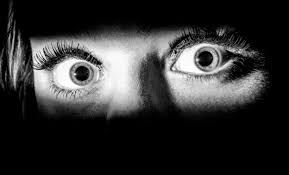 Immobility  – Fear will immobilize you as was in the case of Pastor Bobette Stubblefield,

Soon after our marriage began, my husband began to isolate me by forbidding me to spend time at church and with my family and friends. Isolation then begins to break down a person’s worth; and little by little steals their identity.  My husband would shove me down and overpower me physically.  …He would then urinate on me.  Fear became my captor (Stubblefield. March 20, 2004).

She also described how she would shake uncontrollably whenever she would think about going home or would drive toward her house. She stayed in the marriage for 12 years and faced fear daily.  Finally, one day, when she had to defend herself in a court battle over her children, she was forced to face fear head on.  Fearful, but determined to overcome it, she took courageous steps toward the courtroom door.  Just before entering the courtroom, she realized she was not alone and that God had stationed angels around her.  Bobette recalls that day:

But, before I walked in front of the judge, God opened my eyes like He opened the prophet Elijah servant’s eyes.  Elijah’s servant saw thousands of angels standing ready for battle on he and his country’s behalf.  When God allowed me to see into the spiritual realm, He showed me six angels dressed like Secret Service men.  They were with me walking arm in arm into the courtroom. I realized I was not alone anymore. The Bible says, “God has not given us a spirit of fear; but of power, and love, and a sound mind.”

For More information about how you can overcome fear….
Contact Marlene Hoenig
Cinderella Released….from ashes to beauty.
CinderellaReleased@gmail.com